The T-K is an advanced model Terminator series produced by Knightnet in the year 2030.

With the nano phase matter from the T-3000 Series, Knightnet continued to develop on the nano phase matter technology, this time adding the ability to adapted to various attacks and hyper-accelerated speed. It also has a weapon systems which unlike the T-X Series, it can create them with the nano resin instead of being built into the body. John Connor was upgraded to a Twilight Series K by Knightnet at his own request after he returned. 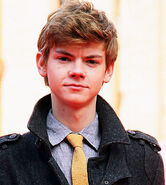 Adam Grant
Add a photo to this gallery 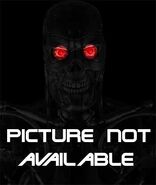 Michelle Connor
Add a photo to this gallery
Retrieved from "https://terminatorfanon.fandom.com/wiki/Series_K?oldid=5034"
Community content is available under CC-BY-SA unless otherwise noted.